In the first session we tried to map out a consensual definition of gentrification based on the actors, factors, signifiers and actions relating to its processes and how it is being perceived.

In the second session where we started exploring the different stages of gentrification and how they are manifested in different neighbourhoods. Based on the context of Bollenpandje in Delfshaven we heard a first hand experience of the struggle to maintain community building while facing the precarity of displacement and expanded on ways to strengthen neighbourhood bonds via cultural and gardening practices.

Tonny from Bollenpandje described how the space, much like her previous project Zelfregiehuis is an anti-kraak and only temporary. The project at Zelfregiehuis had to leave last year after the building was sold, despite much protest from the neighbourhood to protect the self-organised cultural initiative. The Bollenpandje exists in a very public site which means a lot of people pass by, stop, talk and exchange (quite literally exchanging plants). We spoke about these types of open spaces, places to hang out and meet people where you feel welcome without having to spend money. Bollenpandje also did a huge action to fill BoTu with many biological flower bulbs for pollinating insects…solidarity between humans and non-humans!

In the neighbourhood something called ABCD (asset based community development) is gaining more traction. At its crux, it focusses on the assets of a community rather than what it is lacking. As Bospolder Tussendijken is seen to be an economically deprived area, considering its richness in ways other than money is pretty radical. 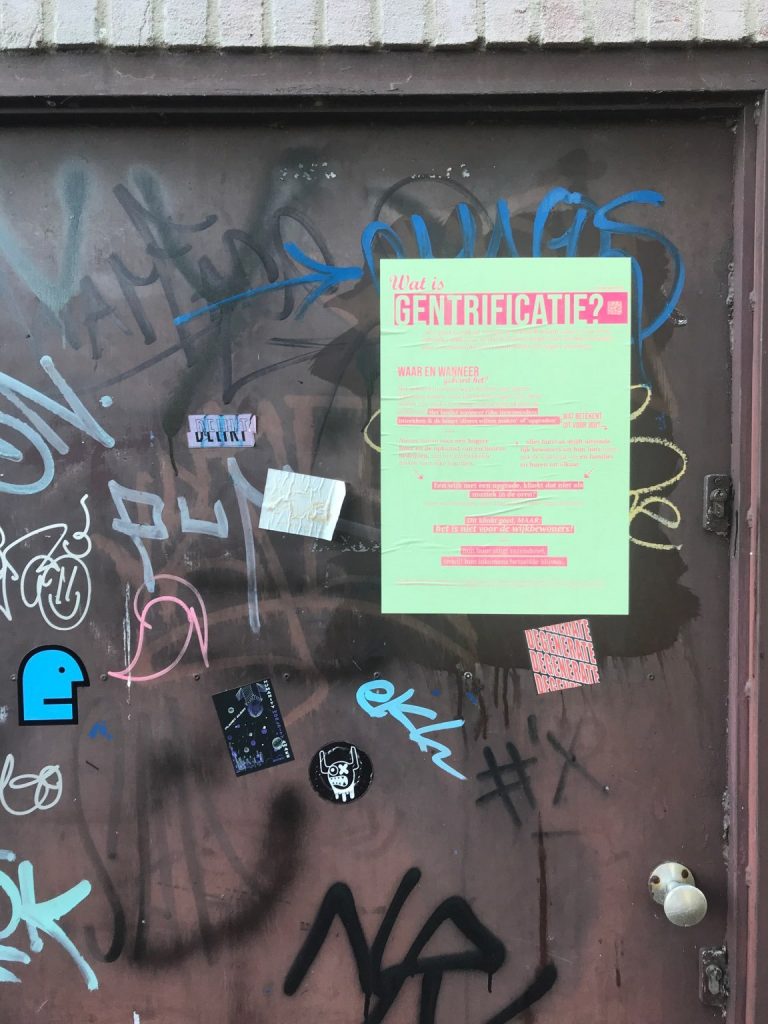